There are two generic types of fire alarm system in use, these are the traditional conventional alarm systems and the newer more advanced analogue addressable alarm systems. We have implemented FM/UL approved system to our esteemed clients.
The two technologies are explained below:

Conventional systems are essentially simple switches that are either “on” or “off”. They cannot distinguish between a real fire and the various non-fire phenomena that can trigger an alarm such as tobacco smoke, dust and steam. With conventional systems the control panel is only able to indicate the zone or circuit that an activated (or faulty) detector is on, they cannot identify the individual device. Conventional systems are generally the most cost effective option for smaller buildings. 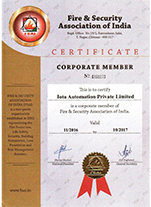 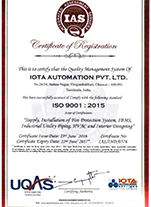